Home Gardening Successfully Splitting a Keiki from a Parent Orchid

Successfully Splitting a Keiki from a Parent Orchid

In October 2017, I noticed some small leaves growing on one of the stems of my orchid which blooms had recently finished. After doing some research, I came to learn that this is called a keiki. A keiki is essentially a clone of the parent plant. You can eventually separate the keiki from the parent orchid, if you leave the keiki on the parent orchid long enough. 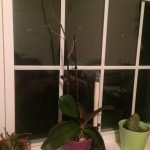 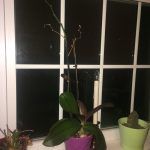 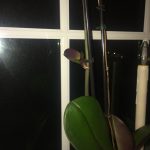 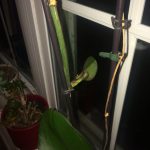 Therefore, I decided to see if the keiki would get big enough to be split from the parent orchid. I waited nearly a year to August of 2018 to finally decide to split the keiki off. At this point, the aerial roots were over four inches long and the leaves were a good size. I used some sharp, clean scissors and cut the keiki as close as possible to the stem it was growing off. 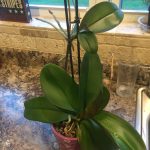 Mature keiki on the stem hanging off the parent orchid 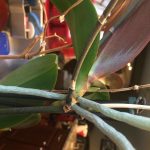 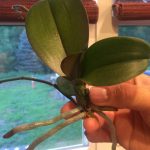 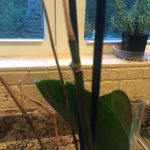 Stem without the keiki

The keiki was transplanted into some bark medium into a small clean pot. Finally, as time went on, it was clear the keiki was successfully split off from the parent orchid’s stem. The keiki grew larger, with more leaves, and grew two of its own stems, just like the parent plant. Soon buds formed and it was looking like it was healthy as can be. Unfortunately, several of the buds dropped off, but a few remain and here is the first bloom. 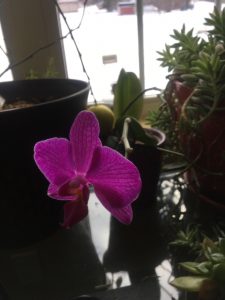 Keiki with its own flower